With Catholic Community Services help, Rosa created a better life for herself and her daughter.

AJ4A > AJFA Grant Partners > With Catholic Community Services help, Rosa created a better life for herself and her daughter. 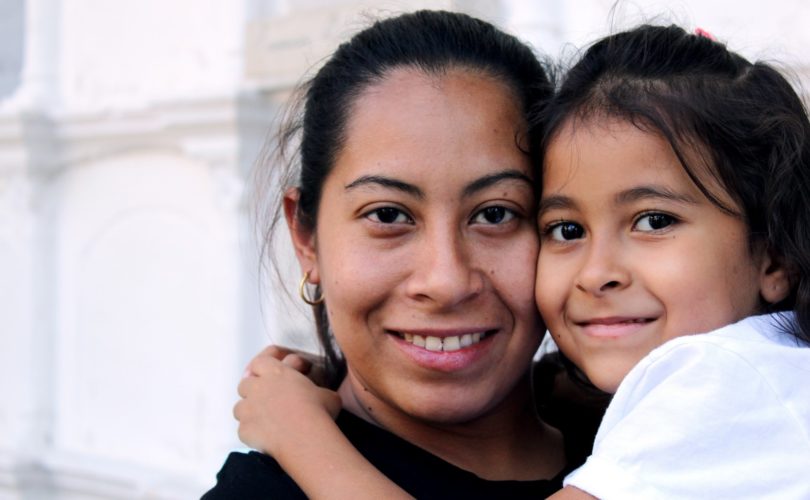 Rosa fled to the United States to escape violence and poverty in her home country. She married and started a new life here. Unfortunately, her marriage was abusive, and she narrowly escaped it with her life. Through all this, she tried to stay strong and hopeful. She gave birth to a baby girl who gave her a reason to be happy. Unfortunately, Rosa’s daughter was born with a chronic illness. Rosa knew her best chance to build a better life for herself and her sick child would be to stay in the United States.

Rosa contacted an immigration attorney for help. The attorney was incompetent and borderline fraudulent, and rather than assisting Rosa to receive the U visa she had a solid claim to, she was instead ordered to be deported. Devastated, Rosa came to Catholic Community Services of Utah, hoping to at least apply for a little more time to stay in the US to be with her sick child. CCS identified the mistakes of the previous attorney and took on the complicated task of undoing the malpractice. It took several years, but after working with ICE and USCIS, Catholic Community Services of Utah was able to help Rosa obtain a green card — making her long-term situation more stable and opening the door to a better future for her and her daughter.

Your gift can help women like Rosa escape poverty and violence.